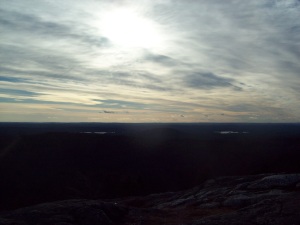 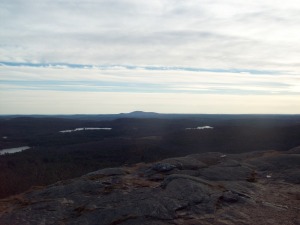 It’s November in New England, and since it’s not going to get any warmer, this weekend I forced myself out of hibernation and climbed Mount Watatic. Mount Watatic is only 1,832 feet, and is on the border of Massachusetts and New Hampshire, so it wasn’t as far a drive as it usually is for me to reach a mountain. 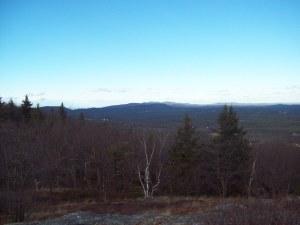 There are several trails to the top – we chose the most direct, and steepest, which starts at an unmarked lot off 119. It was freezing (literally) cold out, and it burned just to breathe the air. The trail was littered with fallen leaves, hiding would be assassin rocks from sight. You had to test each step to make sure there weren’t small rocks that were going to slip out from under you before putting any weight on your foot. 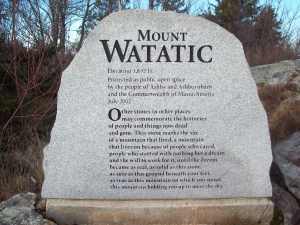 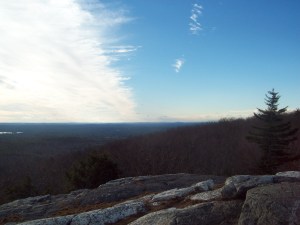 It took an hour to reach the mountain – but only 30 minutes to climb it. Even though it was a smaller mountain, it was still icy cold and windy at the top. We visited the monument at the peak, and then hiked a short distance to a false summit, which provided a better view. A short while later we were back at the car, happy to be in the heat for the drive home.

3 thoughts on “A Short Hike Up – Mount Watatic, MA”