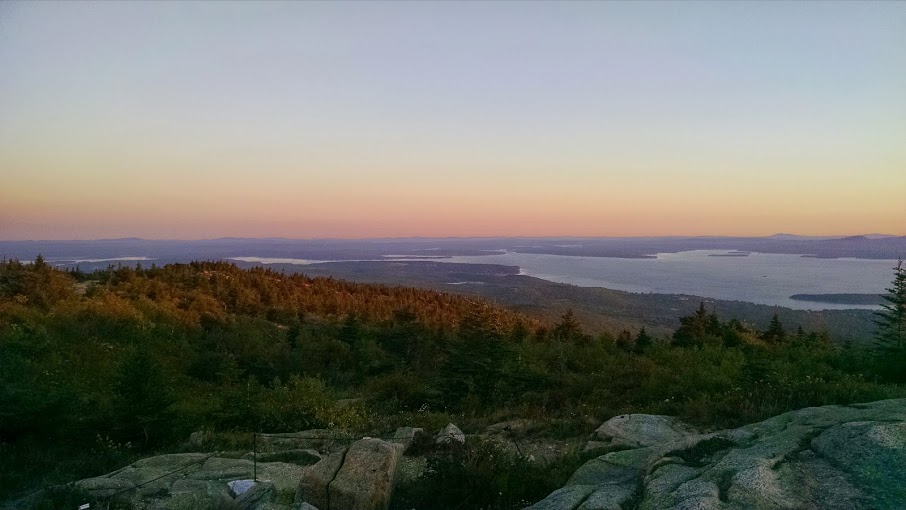 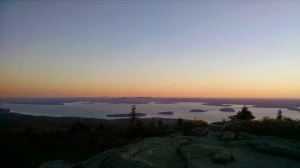 Most people don’t rank waking up before dawn very high on their vacation to-do list, but if you visit Bar Harbor in Maine, watching the sunrise from the top of Cadillac Mountain is the thing to do. Located in Acadia National Park, Cadillac

Mountain is a 1528 peak that overlooks the Atlantic Ocean. At certain times of the year, the summit of this mountain is the first place the sun can be seen along the eastern seaboard. 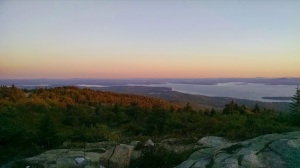 It was still pitch black when we woke up, packed the pups and ourselves in the car, and began the quick drive from the hotel to Acadia National Park. Once in the park, we joined the line of cars slowly making their way up the winding road that snakes up the mountain. The sky began lightening, black turning midnight blue fading to indigo waning to cobalt. We soon found ourselves at the top, the summit littered with people, many still in their pajamas, cameras in hand. 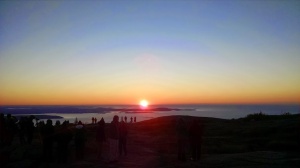 Lavender and amaranth pink quickly rose from the skyline, coloring the sky with the first rays of light. Peach soon followed as the sun approached, until finally the glowing orb itself was visible, hovering along the horizon in the distance. Then it broke free, proudly rising into the sky, bringing a new day with it. The crowd dispersed quickly, quietly, still half asleep. After a few extra pictures we followed suit, driving into town on a breakfast seeking adventure, but we’d be back later to explore the mountain’s many trails. 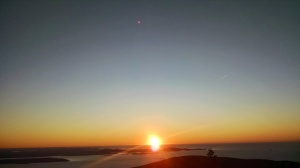 One thought on “Sunrise on Mount Cadillac”