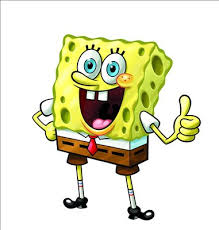 My fear may stem from the fact that there were no basements where I grew up. In most parts of Florida, if you were in a basement you’d be under the sea rubbing elbows with the Little Mermaid and Spongebob Squarepants. And all of my experience with basements hasn’t been bad. I’ve been in nice basements, even fun ones with pool and ping pong tables. Even so, I was delighted when the laundry room at our new house was not in the basement. It wasn’t just that I was tired of dressing in full snow gear to wash clothes in subzero conditions. It was also because I am the owner of what may be the scariest of all scary basements. And as much as I may have thought that I’d be able to avoid it, I was wrong.

When we first viewed the house, the basement was bad. No natural light, low ceilings with ductwork everywhere, the air thick with the stench of oil, and a crawl space that needed the insulation re-done. I spent the 6 weeks of closing time mentally preparing myself for the crawl space, which the inspector assured me I could clean up in an afternoon. I did research on the best type of vapor barrier to lay. I got excited about replacing the fallen insulation with the superior quality spray-foam insulation I’ve seen on TV. I carefully considered all the ads for crawlspace specialists – who were these courageous individuals who brave the claustrophobic caverns of the basement deep? And what did they have over me? Nothing! I decided, as I convinced myself that the crawlspace was an insignificant task that I could conquer myself. That was then . . .

Something happened between then and now. Some things happened . . . it now looks like a college fraternity went on a drunken rampage in the crawlspace. A few tufts of fallen insulation and tumbleweeds of dust have turned into a chaotic mess of mass proportions. When we moved in we went down there and saw what had happened. We noticed that the previous owner had put some mouse traps out. My first thought was that there was no way the mess was made by a mouse. Or even an army of mice. I’ve seen New England mice. I even caught one by hand in the living room of our last place while our two terriers slept on the couch. They’re adorable and tiny and just don’t have the weight behind them to do what had been done.

My second thought was that I might deserve this. What’s that saying about pride? And then there was the time my realtor told me that he was dealing with a flying squirrel infestation and I struggled to find sympathetic words because my initial reaction was to think that he was lucky as visions of stringing hoops from the ceiling for a private flying squirrel circus flashed through my head. (I never claimed to be grounded in reality.)

So my lofty daydreams of conquering the crawlspace kind of conveniently slipped from my mind as I made it my goal to avoid the basement as much as possible. I was doing a pretty good job at it, too, until the water went out right before bed on a work night. I’ve never had a well before, but I imagine that there’s some sign of trouble before it runs dry. So I visited the tank where the water comes into the house, which is in the far back corner of the basement right by the creepy crawlspace. And while the time of day shouldn’t make a difference in a dark little basement with no natural light, it was definitely spookier at night. I gave the tank a pat and a few words of encouragement (it works on dogs) and noticed that there was no pressure registering on the gauge. I flicked the switch on the breaker box, and the basement filled with noises which I’m telling myself was the hot water heater coming to life. (I have to sleep in this house. The noises definitely came from the water heater. Definitely.) I ran up the stairs before I could be proven wrong and was elated to find the water working again.

So did I learn a lesson about ignoring integral parts of the house? No. The basement is dead to me until I’m ready to deal with that headache. Who did learn a lesson? The chipmunks who threw the party in the crawlspace.
(Until I moved to New England, the only
chipmunks I’d had contact with were Alvin,

Simon and Theodore – I had no idea that chipmunks were ground dwellers – I thought they lived in trees!) After a few days of my Jack Russell acting out the scene in Jurassic Park where the Tyrannosaur stares at her prey through the car window (or in our case, the heating grates) they decided to find a new place to live. Small victories, but I’ll take them! (And a professional to take care of the crawlspace, too!)