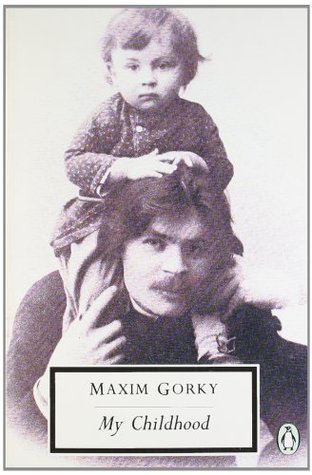 Maxim Gorky, hailed as the father of Russian literature, shares his firsthand account of Russian life in the late nineteenth century in this book, the first of three memoirs he would produce. This beautiful, if tragic account, paints a window for the reader to peer through time into an era of struggle and despair, told in the dispassionate  voice of a child. It reveals the both the resilience and the fortitude needed by the Russian people.

This is not a book with plot, action or humor. What it is is a series of eloquent descriptions and hard realism, laced with priceless Russian fairy tales, folklore and songs as told to Gorky by his Grandmother. It is a quick read, and one I’d recommend to those interested in memoir, history, realism, and to writers. Five stars.