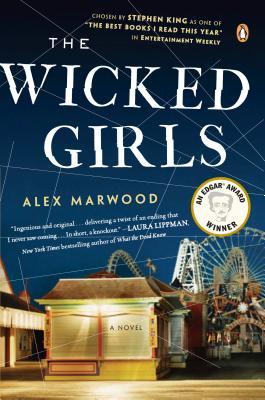 I enjoyed walking the perilous tightrope that was this book. I don’t believe in adding spoilers in my reviews. That said, most people probably read the back cover before they read the book, so here’s the premise – two eleven year old girls meet for the first time. By the end of the day, they’re murders. How could I resist a plot like that?

This book covers the subject from almost every angle. What really happened that fateful day is revealed in flashbacks throughout the book until we’re left with a scene which could easily happen to any adolescent who merely steps their toe across the line of responsible behavior – and at that age, who doesn’t?

The book follows the women 25 years later, exploring the lives they’ve made for themselves and the issues they deal with as they struggle to reconcile the past that haunts them both. One of the themes of this book seems to be that one mistake, a single instant of poor decision making in life can stay with you forever, a dark cloud shadowing the rest of your days. I loved the ending of the book, the last few pages where the author slides in another slice of damnation in an almost tongue in cheek sleight of hand. 5 stars.