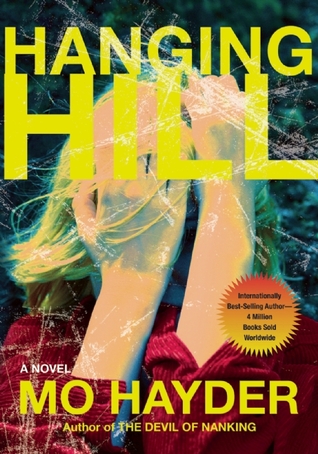 I opened this book knowing only that it was written by Mo Hayder. I’ve read enough of her books now to know that I’m in safe hands when I find myself in pages she’s authored. My first shock – this is a departure from her D.I. Jack Caffrey series. My second shock? I missed Jack Caffrey. Not that this book lacked the merit to  stand on it’s own, because it didn’t. Or that Jack Caffrey is an unlikable character, because he’s not. I’ve just found that I tend to dislike detectives – even though you’ll find them often enough in my own writing. (FYI – male detectives do not have to have a drinking problem and female detectives do not have to ride a motorcycle and suffer from an alienating form of macho-ism.)

Now . . . about this book in particular. Another solid, mercilessly brutal novel. Not as dark as some as Hayder’s work, and perhaps not as deep into her characters’ psyche, though that is probably due to this book not being a part of her long running series and the characters she usually writes. It kept me guessing. I thought I had it, but I was wrong. And the very end – enough to give you shivers and keep you up at night. I thought that this one would have less of an impact than her series, but then she pulled the rug out from under me over the last few pages and left me breathless. Five stars.