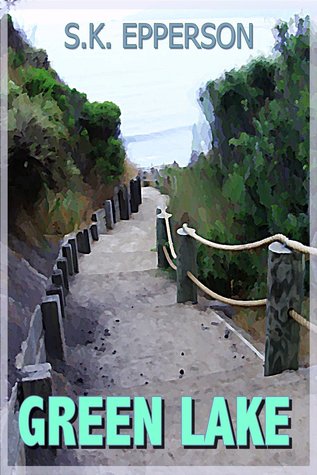 I got this book as a free kindle download. It didn’t seem like my normal read, but the reviews were intriguing, and I have to say that I’m glad I gave it a chance.

Let me begin by saying that there was a LOT going on in this book. Not necessarily a bad thing. The author has a sense of humor and injects some oddball comedy into the book. Also not a bad thing. Then there’s the romance in the book, which I usually avoid like the plague, but I’m happy to report that I survived it and remain uninfected.

The writing style took some getting used to. The author (no idea if S.K. is male or female), does a lot of telling. Most writers will do the orbs popping out of the skull eye roll when they hear someone say, “show, don’t tell,” because sometimes you just want to write that someone is angry instead of describing their bulging veins, red face, clenched fists and narrowed eyes. But you do have to find some balance, and that lack of show/tell balance is one of the things that kept this from being a higher rated book for me. However, I would read something else by this author. 4 stars.