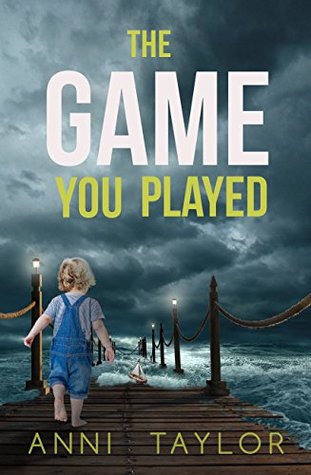 This was a debut? Seriously? Aussie author Anni Taylor is one to watch. There was a nanosecond in the beginning of this book where the main narrator’s friends are introduced that I had a moment of worry. It almost instantly vanished. I could not stop reading this book. Every time I thought I had figured out what was going on, who was behind the abduction, I was wrong!

Taylor left breadcrumb trails in numerous wrong directions, and I took the bait, probably because she did it in such a plausible way. So many times I’ve read a book where I’ve told myself that the author can’t possibly be writing the story leading to an endgame that seems so obvious, only to be disappointed and discover that they did. This is NOT one of those books.

I did, at one point, briefly suspect the culprit, only to follow red herrings in other directions. After finishing the book, I realized there were certainly enough clues, Taylor just didn’t bash you over the head with them like some authors do. Not my typical cup of tea, but tasty enough to make me drain my cup and leave me wanting more. Five stars!