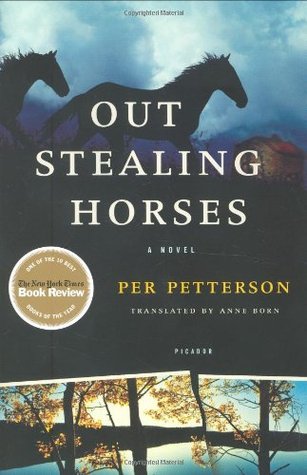 This book, originally written in Norwegian, has probably lost a lot in translation. Told from the perspective of an aging man who has moved to a secluded cabin in the wilderness to be by himself, it is a coming-of-age tale, both of his teenage years as narrator Trond reflects upon his youth, and as an old man as he ruminates about his current situation. Even after translation, the story is beautifully written.

My issue with this book, however, is that I was waiting for something that never happened. The big payoff, the defining moment, the climax – call it what you will, it never happened for me. There were plenty of smaller events, but no one big pivotal moment. Or maybe I just missed it. Chances are that I’ve been spoiled by mainstream fiction and its cheap thrills. This was a lovely book, it really was. I just prefer books with a little more action than self exploration. However, it has won a TON of awards, so it was definitely worth checking out. 4 stars.