Why is it that we feel the need to create labels? To pigeonhole people into tiny little boxes? How does that promote expanding one’s horizons and growth? It doesn’t. 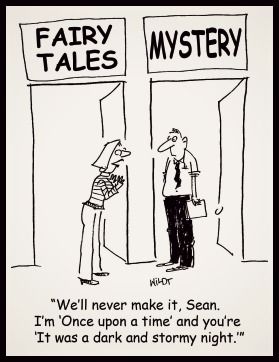 If you tell someone you write, they inevitably ask, “What do you write?” If you answer, “Fiction,” most people feel the need to delve deeper and ask, “What kind of fiction?” Why do I feel like I’m going to be judged by my answer? If I say I write mysteries or thrillers, does that make me less of a writer than someone who pens contemporary literature? If I respond with ‘psychological suspense’, does that mean I get taken more or less seriously than someone who writes romance? And what do we do with those zany authors who write chic lit, sci-fi and fantasy?  Where do they fit in on the totem pole?

It seems like there’s a fair amount of bias in terms of genre, and I don’t understand it one bit. At the end of the day, a book is entertainment. While the author may have lessons and messages and epiphanies they hope to convey and inspire, there are always going to be readers who gloss over the deeper meaning and read the novel simply as a form of escapism. (Now let’s judge the readers!!!)

My point is, why should a writer have to choose? I’ve read plenty of literature with a mystery at its core, and I’ve read suspense novels that were beautifully written with language that gave me chills. Romance has dipped its finger in every pot. Part of being creative is exploring new horizons, trying new things. It should be encouraged.

There are authors who use a different pen name for each genre they write. There are some who use a pen name for their own amusement, and still others who, already having achieved a high degree of fame, use a pen name to see how a book will be received if critics don’t know it’s them (J.K. Rowling, Stephen King) that wrote it.

If you identify with a certain genre, shout it loud and proud. If you don’t, refuse to be put into that little box that society wants so badly for you to fit into. Either way, own it, and never feel like less of a creative force because of it.

3 thoughts on “Thursday’s Thoughts on Writing ~ To Genre, or Not to Genre?”