My 13 year old rescue, who I’ve had for the last 11 years, loves to play. With the exception of a couple of teeth that will be removed soon, he appears to be in wonderful health, squeaking his toys incessantly, running at full speed around the house and yard, and developing the definition of the term he-diva.

With the exception of his life companion, who we unfortunately lost to a brain tumor last year, he hates everything with fur. And he screams his hate from the top of his lungs in his best warrior princess cry.

He needs exercise. Companionship. Another member to his little lone wolf pack. As much as he disagrees, I can’t help but feel that I’m doing him a disservice by allowing him to have his way.

When I adopted him all those years ago, I was told that he got on well with all other animals. (Not true.) I was fortunate that he got along with my other dog, but he didn’t have much of a choice. She was a boss in the way only Jack (or Parson) Russell terriers can be. An overconfident little girl who knew that her way was the best (and only) way.

Yet he screams at every other creature . . .

I spent months sitting with him along the side of the road, giving him chicken or porkchop or some other delicious treat whenever another dog walked by as ‘positive reinforcement’. Each time he’d spit the food out to yell (what I imagine are) obscenities. I hired a trainer, who worked with him for one afternoon before advising me to, “Just keep him away from other dogs.” Easier said than done, especially now. Even a walk around the neighborhood is a nightmare of epic proportions. 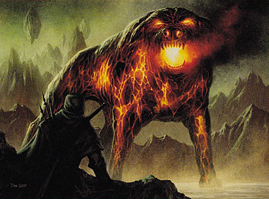 Don’t get me wrong – he loves to walk. Nothing makes him happier (besides food) than racing full speed like the wild wolf he is, conquering the world and claiming it as his own. Until he sees, hears, or smells another dog. (And we live in a neighborhood where almost everyone has a dog.) When that happens, my little angel shouts his hate with the endless wrath of a hell hound. A demon who can break glass and shatter eardrums with his high pitched notes.

The other day when we were walking, someone asked me what breed he was. “A Singapore Shrieker. They’re used to hunt parrots and monkeys. Their high pitched calls make their prey fall right out of the trees.” While complete BS, it’s possibly believable, and I wanted to say it so bad because it would explain a lot, but instead I hung my head and said, “Schnauzer mix,” which translates as my dog is horribly behaved in public while we both winced at the sound of the little man’s madness.

Needless to say, there’s no such thing as a casual stroll when it entails enduring a headache and humiliation. My husband and I do our best to make sure we’re both up for the walk of shame before pup knows it’s on the table.

A few nights ago, after dinner, we discussed a W-A-L-K. Spelled. And pup went to his leash. Then proceeded to bounce his front paws off the door like the he-diva he’s become. Several experiments have confirmed it. There’s no mistaking it. He’s learned to spell (at least that word, but who knows what will follow next).

In a sheer panic we texted (while in the same room). We’ll use code words. Nonverbal communication. Sign language. Anything to hold on to the last shreds of control that we have, but who knows how long that will last. All the while, pup smiled at us, rather smugly.

I had a brief flashback to my childhood, to my parents spelling the things they didn’t want me to hear, and the day I cracked the code. My own feeling of triumph at having leveled the playing field. Did I (smugly) spell back to them? Do I deserve this? Ugh, I think maybe I do.

At the end of the day, I’m incredibly grateful to have such a smart, healthy pup, but still . . . if anyone has any suggestions, please, send help. And if not, and you see us coming . . . cover your ears and run!