A young woman confesses that she thinks she may have committed a murder, then vanishes, leaving Christie’s legendary sleuth Poirot desperate to find her and to figure out just exactly how one could not know whether they were a killer or not.

This was a little slower than some of Christie’s other tales, but is good nonetheless. This slow burner presents a complex mystery where reality is subjective and not everything is as it seems.

In this breathtaking Agatha Christie mystery, the Third Girl sharing a London flat with two others announces to Hercule Poirot that she’s a murderer and then disappears. The masterful investigator must figure out whether the missing girl is a criminal, a victim, or merely insane.

Three young women share a London flat. The first is a coolly efficient secretary. The second is an artist. The third interrupts Hercule Poirot’s breakfast confessing that she is a murderer—and then promptly disappears.

Slowly, Poirot learns of the rumors surrounding the mysterious third girl, her family, and her disappearance. Yet hard evidence is needed before the great detective can pronounce her guilty, innocent, or insane.…

After her mother is convicted of killing her father, a young girl is sent to live with relatives in another country. On her 21st birthday, she’s given a letter from her mother that declares her innocence. Someway, somehow, the young woman must find out the truth about what happened all those years ago. Hercule Poirot to the rescue!

I thought I had read almost all of Christie’s books, but when this one showed up in my Kindle daily deals email and it didn’t sound familiar, I decided to scoop it up.

It’s amazing how this book, written in the 1940s, still manages to compare with those written today. Truly the Queen of Mystery, Christie weaves a tangled web of secrets and deceit, giving the reader all the clues they need to figure out who committed the crime while creating enough diversions and plausible scenarios to keep them guessing!

From Goodreads: In Agatha Christie’s classic, Five Little Pigs, beloved detective Hercule Poirot races to solve a case from out of the past.

Beautiful Caroline Crale was convicted of poisoning her husband, but just like the nursery rhyme, there were five other “little pigs” who could have done it: Philip Blake (the stockbroker), who went to market; Meredith Blake (the amateur herbalist), who stayed at home; Elsa Greer (the three-time divorcée), who had her roast beef; Cecilia Williams (the devoted governess), who had none; and Angela Warren (the disfigured sister), who cried all the way home.

Sixteen years later, Caroline’s daughter is determined to prove her mother’s innocence, and Poirot just can’t get that nursery rhyme out of his mind.

An Olympic hopeful gets injured, which leads to the discovery of an aggressive form of cancer, which in turns reveals that her parents aren’t biological. The modern day scenes alternate with scenes of two girls in a mental hospital and their exchange of letters afterwards. This one kept me guessing because I wasn’t sure who was who, and who was the bad guy. It made me think and feel and kept me off balance. Nice and twisty. A good summer beach read.

This book is a fictional account of what may have happened when Agatha Christie disappeared for 11 days in 1926. The idea itself is quite compelling – the mystery behind the mystery writer. It certainly kept me reading, but – perhaps because it was based on a real life occurrence – it wasn’t as twisty as I would have liked. Entertaining, but somewhat disappointing. I would have liked more from Christie’s character.

Click the links to friend me on Litsy or Goodreads!

Check back next Tuesday for more writerly words of inspirations! 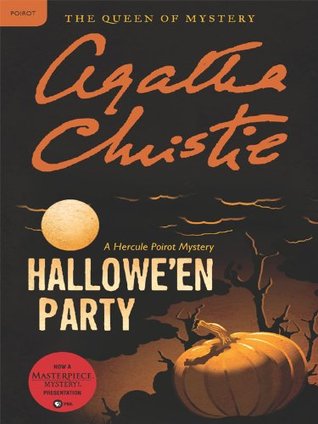 If I had to name my first ‘literary hero’, the first author whose books I read that made me jealous, that made me think to myself, “This. Is. It. This is what I need to do. I need to write stories, mysteries, that makes people feel like this book has made me feel,” only one name come to mind. The author is Agatha Christie, and the book was And Then There Were None (also known by the less PC title Ten Little Indians).

If you added up all the time I spent with Agatha, with her Miss Marple and her Hercule Poirot and others of her creation, I’m sure it would amount to months of hours of reading, perhaps years. If I had had an imaginary friend, she would have been it. Even in my tender pre-teen years, I knew that her books, that she, wasn’t normal (and I mean that in the best way possible).

She was ahead of her time. She pulled no punches. She was prolific and disturbed and wonderful and wacked.

So how does she stand the test of time?

Eerily well. It’s been years (decades) since I’ve read one of her books. I’m quite sure that I’ve probably read this one before, although I couldn’t remember it. And while it’s not one of her best, it’s still darn good. There’s not many books written almost fifty years ago that you could read today and have it still feel rather modern. Still a good mystery with an intricate plot that’s not entirely obvious. Still a few chuckles to be found among the pages. For those reasons and many more, Agatha Christie is and will remain the Queen of Mystery. 5 stars!